How do you get life insurance if you have Crohn’s disease?

This guide will show you how to find affordable life insurance.

Getting Life Insurance with Crohn’s Disease

Crohn’s disease is an inflammatory bowel disease, which involves chronic inflammation that typically affects the intestines, but may involve the entire gastrointestinal tract from mouth to rectum.

While there is no known cure for Crohn’s, successful treatment allows life insurers to offer coverage.

Here’s a great video from Children’s Hospital of Philadelphia (CHOP) about their Pediatric Inflammatory Bowel Disease Center that’s worth sharing for many reasons, including that friends of ours are featured in this video.

Underwriters are concerned about the extent of gastrointestinal involvement, complications from surgery, obstructions, perforations, abscesses, fistulas and the increased risk of colorectal cancer.

Underwriting of digestive diseases such as Crohn’s is complicated, but we know which carriers will be best for you based on your individual medical history.

Life insurance companies that specialize in high risk conditions like Crohn’s disease look for the following.

If you were recently diagnosed with Crohn’s, most life insurers will postpone underwriting for 6 months after diagnosis.

After the postpone period, underwriters look for the following:

Medical Treatment Only – No Surgery

While each company has its own set of underwriting guidelines for Crohn’s, the following are common underwriting outcomes with the right life insurance companies.

Most people with Crohn’s will receive a table rated policy, expressed in percentages below.

0 – 6 months – Most companies postpone consideration, but exceptions are may be available for some.

Surgical History and No Recurrence

It’s estimated that 70% of people with Crohn’s will need surgery at some point in their life.

Underwriters review the type of surgery, time since surgery, current symptoms, as well as other factors in determining your rate.

With stable current symptoms, underwriting may consider the following:

Stable Symptoms and Time Since Surgery

Minor symptoms such as cramping and diarrhea are okay from an underwriting standpoint.

Underwriting concerns after recovery include underweight issues, lack of stability with weight, elevated liver functions, and other related Crohn’s symptoms.

Surgical History with Recurrence Since Surgery

It’s estimated that 60% of people who’ve had surgery for Crohn’s will have a recurrence within 10 years of surgery.

Stable Symptoms and Time Since Recurrence

The ratings are similar to someone who had surgery with no recurrence.

The difference is that most people who’ve had a recurrence will end up rates towards the higher end of the rating range.

The more frequently you have episodes, the more difficult it becomes to get approved for life insurance.

If daily oral steroids are used, underwriting may add an additional 25% to the above ratings.

Evidence of dysplasia on biopsies, or sclerosing cholangitis or pericholangitis will result in a decline.

We help people find life insurance when they have health issues such as Crohn’s, ulcerative colitis, hepatitis and many other types of GI problems.

There is never any obligation or pressure with our service.

We’ll give you the information you need in order to make an informed decision about your life insurance.

We’ll walk you through the choices as far as what type of life insurance to get and how much coverage you need.

Take a few minutes to submit your request today. 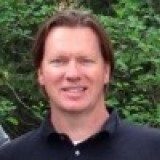